How to Win the Race of Life [Learning from Zach Sobiech]


This video is long...twenty-two minutes is long by YouTube standards...but it quickly reminds you how short life can be.

Watch it with tissue.

Watch it with your own life, your own dreams, your own fears in mind and he will teach you how to win the race of life. I believe we are all here for a purpose and it can be an emotional thing to see someone achieve such a profound impact in such a short time.

May we all be as "lucky" in life as Zach Sobiech.

Coming Up for Air from Holiday Success

The holidays are my favorite. When I hear Andy Williams belt out "It's the Most Wonderful Time of the Year," I know the holiday season has begun (as well as the 24/7 Christmas songs on the radio stations). I have been fortunate over the past few years to be able to slow down and enjoy the period of days when crisp autumn leaves fall victim to frosty mornings and the goodness seaps out of random strangers in one way or another. However this year, my slow down never really occurred. I worked right up to and after each holiday like wildfire. I sat back over my New Year's day off and thought about what had happened. How did I miss out on those quiet moments I love - like sitting in the dark and staring at the Christmas tree? And like most reflective moments - it hits you like a ton of bricks when you least expect it.

I'd been given a dose of success. 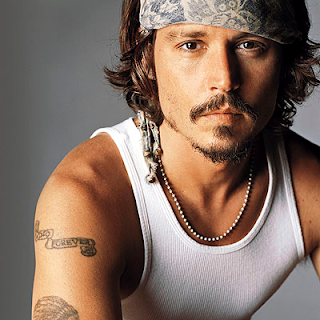 That well known face who's brought life to film characters such as Captain Jack Sparrow, Donnie Brasco, Willie Wonka, the Mad Hatter and Sweeney Todd - along with many more - will be helping to bring new characters to the book world with his announcement to launch publishing imprint in conjunction with Harper Collins.

What is a publishing imprint?
Basically it usually refers to a subsidary publishing house. Imprint publishers will often specialize in subjects, styles or genres whereas their parent companies have no limitations.

Depp has played literary characters in over a dozen films including:

"Donnie Brasco" (1997), based on the memoir "Donnie Brasco: My Undercover Life in the Mafia" by Joseph D. Pistone and Richard Woodley.

Read more »
Posted by Ashlei Ryan Jackson at 10:26 AM No comments:

Ghostwriting: A Writing World of Illusion 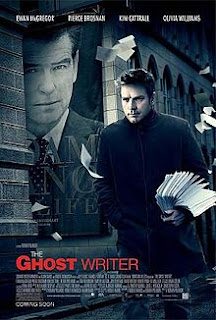 We read other people's words every day - so why am I bothered by the idea of ghostwriting? Perhaps it has something to do with my newfound understanding of the illusion we prescribe to when it comes to this side of the publishing industry.

I have pictured the cover for the 2012 film The Ghost Writer (based on Robert Harris' novel, The Ghost) directed by Roman Polanski and staring Ewan McGreggor and Pierce Brosnan. It wasn't a major hit but the concept might have opened a few eyes of who really writes some of these 'Best Sellers' by the famed and notorious.

A ghostwriter is a writer who writes books, articles, stories, reports, or other texts that are officially credited to another person. Celebrities, executives, and political leaders often hire ghostwriters to draft or edit autobiographies, magazine articles, or other written material. In music, ghostwriters are often used for writing songs and lyrics for popular music genres.

A fairly straightforward definition but the term that bothered me the most was "officially credited to another person." Is this another form of lying? Because it's "officially okay" with the people producing the book to not be truthful about who wrote it - does this make it okay with us as readers?

Read more »
Posted by Ashlei Ryan Jackson at 11:03 AM No comments: 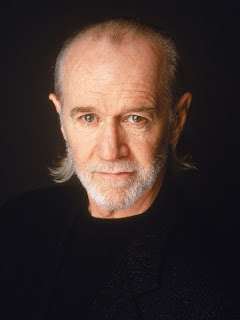 It's just one of those days and somehow I found this quote from the cynical and yet insightful and utterly hilarious comedian, George Carlin. Perhaps he's onto something here...

"I mean, life is tough. It takes up a lot of your time. What do you get at the end of it? A Death. What's that, a bonus? I think the life cycle is all backwards. You should die first, get it out of the way. Then you live in an old age home. You get kicked out when you're too young, you get a gold watch and you go to work. You work forty years until you're young enough to enjoy your retirement. You do drugs, alcohol, you party, you get ready for high school. You go to grade school, you become a kid, you play, you have no responsibilities. You become a little baby, you go back into the womb, spend your last nine months floating... and you finish off as an orgasm."

What do you think?


Posted by Ashlei Ryan Jackson at 5:03 PM No comments: 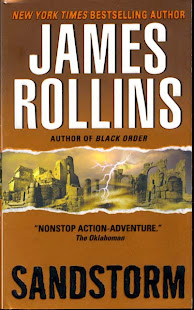 I've read Map of Bones so I thought I'd go back to the first in the Sigma Force series.

I love this book! It get's you to think outside the box which is so imperative in a plugged-in world.

Oh the fun of changing around a novel. I'm pretty stoked though - its a good change.

It got me to write the novel that was lurking inside - show them love if you love books.